I took some time off from the studio recently. What could take me away from painting? This pile up of little munchkins. My daughter came for a visit with 2 of my grandbabies. They moved to TX a year ago so it's a treat to have them here with the other 2 who live nearby. No way was I going to spend time in the studio when I could love on all these people! 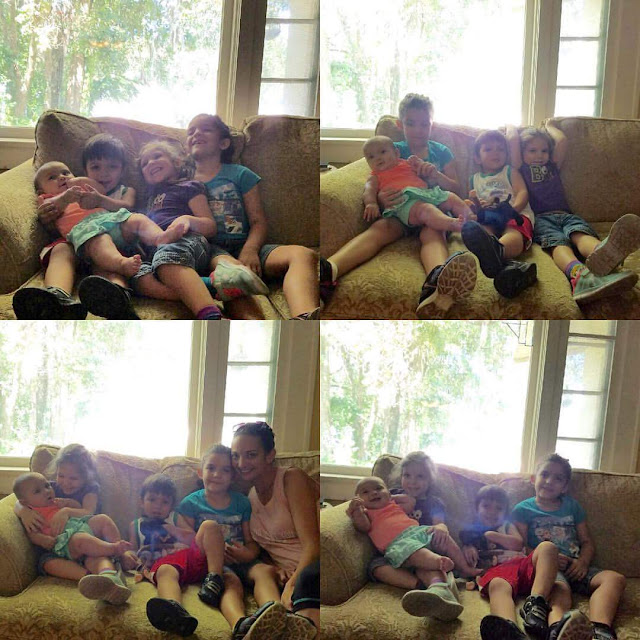 Before their visit I had a very special project to work on. My father celebrated his 80th birthday and my mother decided to throw him a surprise birthday party. I was in charge of table decorations. Dad is a golfer so of course my first thought was something golf themed. I searched Pinterest for ideas, I went to the party stores, I looked all over and just couldn't get excited about any of it.

Then my husband had an idea. We have a book of illustrations of costumes and clothing through the ages so he suggested making paper dolls with Dad's face on the illustrations. Mom was putting together a slide show of family pictures for the party so I went through the photos and made copies of his faces and matched them with different costumes. I enlarged the illustrations, sized the faces to fit and put them together. I did this the old fashioned way of cut and paste. If I were more used to Photoshop I would have done it that way but by the time I dealt with the learning curve in figuring out how to do it I could have had them done. 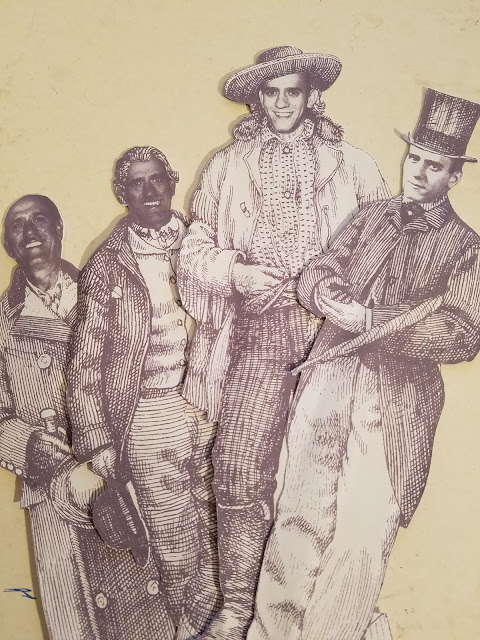 After putting them together I scanned them, flipped them to a mirror image and printed them out so I'd have 2 of each to make a double sided figure. I cut them out, then added a piece of cardboard between them so they'd stand up and then attached them to a base made of paper fans I picked up at the party store. The white bases are just plastic plates turned upside down. 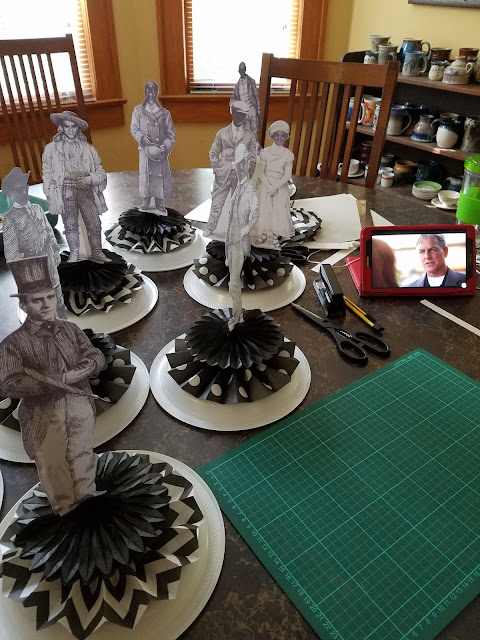 If you're an NCIS fan you can see who kept me company while I worked on this project.

I made 8 of these figures so each table at the party had a different Dad. What a blast it was finding just the right face to go with the illustrations. In a couple of them his own hat in the photo worked perfectly for the style of clothing.

The party was a great success! He was surprised and he was especially happy to have his granddaughter and great grandchildren come all the way from TX to say Happy Birthday.

So now the party is done and the kids have gone back home. I'm back in the studio painting.... nests of course. I'll share the newest ones in the next post. And if you have any cool party decoration ideas I'd love to see so please share!