I hope ya'll had a great Thanksgiving weekend. Just a quick post with a nest update. It's been a busy couple of weeks with the holidays coming up plus I've been sick- no fun! But I'm on the mend now and ready to get back to painting and all the other stuff that goes along with it. 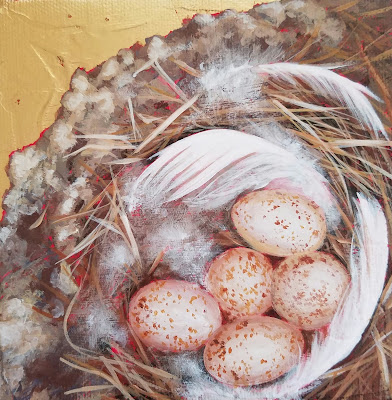 This is a little nest that was on top of my daughter's front porch light fixture. It's a swallow's nest. Before seeing this I had no idea some birds made their nests partially with mud. You can see the photo below. I usually prefer to have a nest in hand to paint from rather than working from photos but as you can see this one was well occupied and later there were 5 beautiful swallows. 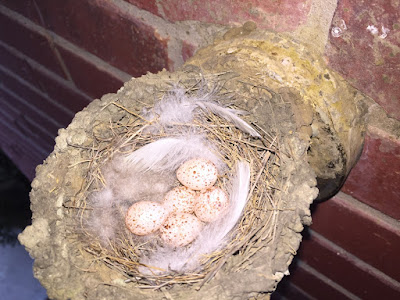 The painting below is still a work in progress and another one I'm doing from a photo even though I have the actual nest in the studio. I found it in the hedge in my yard but before I removed it from the hedge I took pictures from different angles in case I wanted to do something that included a few surrounding leaves. Tomorrow I'm spending the day at the easel and I'll post again when it's done. 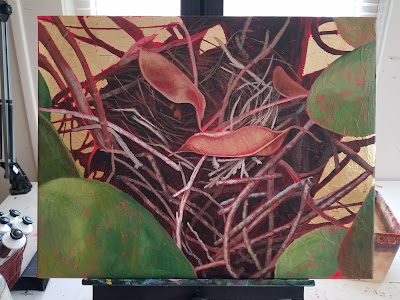 After all that holiday food 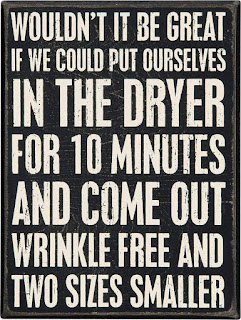